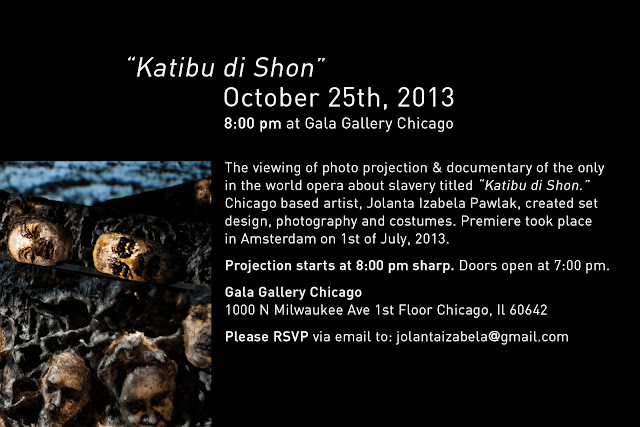 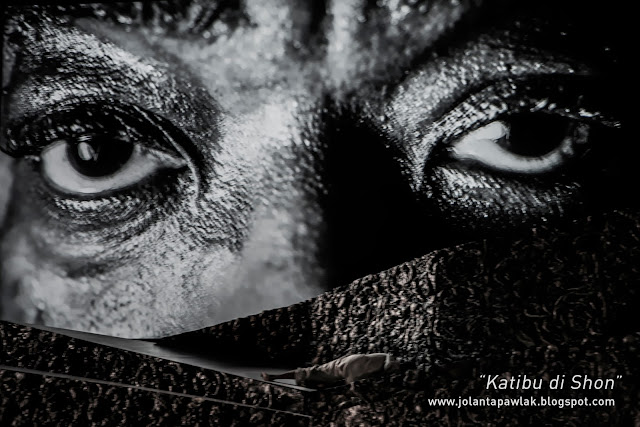 'The first opera in Papiamentu premiered in July in The Netherlands. This work of melodious art was created to be a part of the 150th anniversary of the abolishion of slavery on the islands that used to be a part of the Netherlands Antilles. The opera 'Katibu di shon' is based on the book 'Slave and master' by the Curacao author Carel de Haseth. Leadvocals are for mezzo soprano Tani Kross, also originating from this small island in the Caribbean that still resides in the Dutch Kingdom.

To be honest I cannot wait for this work of art to be performed 'at home' on the soil it was created on. It was written by a Curacao author, is performed by a Curacao operasinger, in our own language and the decor was created by the Polish sculpture artist Jolanta Pawlak that lived in Curacao for a long time.
Pawlak lived among us and got 'impressed' or rather 'impregnated' with our diversity, our contrasts, our colors, characters... is short: with our be-ing. What she saw and experienced on Curacao found its way into her work. Whether it was people or the 'natural habitat' surrounding them, Curacao was in her photographs, sculptures and jewelry. Curacao was in Pawlaks' system and she gave what that did to her on a creative level back to us.
I met Pawlak as a professional artist and a craftswoman when she lived in Curacao. She was born and studied in Poland during the time when Communism was still the ruling social and political system. There is not much Pawlak cannot do all by herself. I once jokingly said that she was probably able to build her own foundry oven. Her silent smile as an answer to that joke basically said it all. 'Yes, I can.'
Pawlak met the operasinger Kross  couple of years ago, when they were both in Curcacao. Kross wanted some covershots for her new cd and already knew Pawlaks work as she wore her sea inspired jewelry. The photoshoot had to be somewhere special and they decided on an old deserted yet historical building in the bay of Caracasbaai. The quarantine building. A place used to keep the sick away from the healthy. Kross and Pawlak went there and spent the time that would till this day proof to be the basis of a beautiful creative match.
To me it is a feast for my eyes to witness Pawlak sitting in the middle of the decor she created based on a love she shares with Kross: a love called Curacao that both of them spread around. Wherever they are.
Written by Elodie Heloise 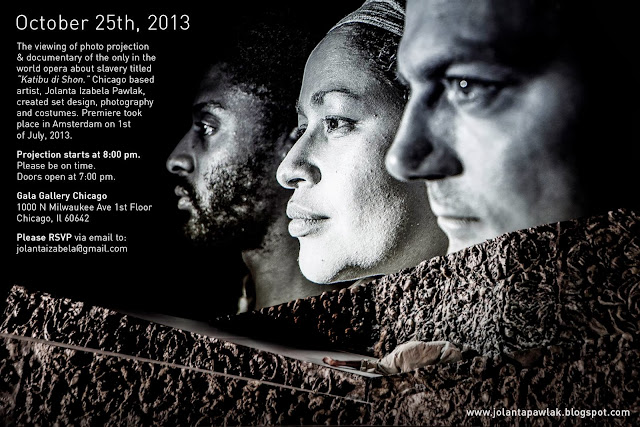